The Girl In The Trunk 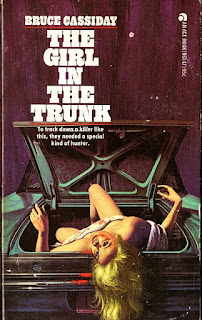 Interesting. That’s a new one to me.

Hmmm, I'll betcha "Egan" is based on Eddie Egan, the real-life cop that "Popeye" Doyle from The French Connection was based on, as well as a cop in Badge 373. https://en.wikipedia.org/wiki/Eddie_Egan He had a reputation for brutality. Sounds like this book could be more Egan-sploitation! :)