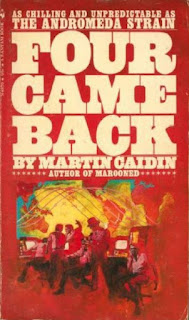 So I guess someone could have told Emily St. John Mandel about how to title your novels. Her Station Eleven could have been "The Lights are Back On" LOL

Yep, the cover art looks like Kossin to me.

I'm a little confused about what's so special about one-gee sex. Everyone on Earth has it. Did the author mean nil-gee sex?