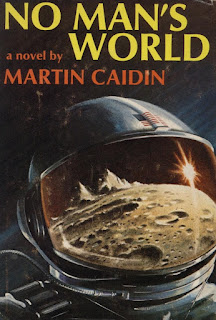 I read this when I was younger,and all my brain recalled was some sort of a sequence where a Saturn V with boosters is launched? And something about the Chinese launching 17 men on 17 missiles or some such.

Caidin's books tend to be expensive on the used book market. I'm still trying to snare a copy of his CYBORG, the book on which THE SIX MILLION DOLLAR MAN was based.