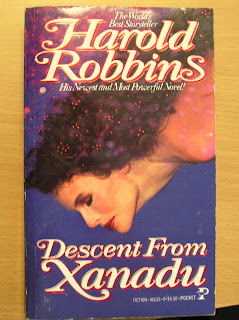 Highly recommended for anyone who has yet to delve into the lurid world of Harold Robbins.
Posted by Joe Kenney at 8:34 AM

God I miss those '80s-style high-fashion models on the cover of cheap bestseller paperbacks.