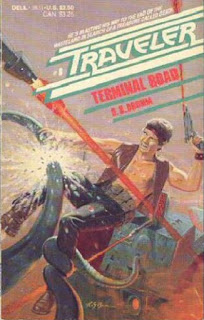 My nostalgia kicks in pretty good for the 80s post apocalypse stuff. Loved your William Gibson reference. I reread Neuromancer last year and had forgotten how amazing it is. I think every read I figure out something I missed before. I also forgot till I got till the end of your review that Shirley was part of the cyberpunk movement. Which is funny as I was just reading that a few weeks ago as I had started his latest novel "Stormland". I mean....I think it is the same guy.