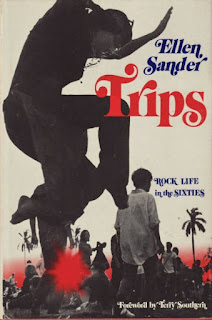 There's still plenty of good anti-establishment protest music being made, just gotta know where to look. O' course, whether you LIKE it or not varies...

https://www.youtube.com/watch?v=Luoe-6ok_TE (those guys are pretty much exclusively protest music now)

And L7's back, so, yeah, rock will stay dangerous.

And what does Southern say in his foreword?

Thanks for the comments, guys -- and Johny, I can't even remember Southern's intro (I've since returned the book to the library from whence it came). As I recall it was sort of an overly "hip" jumble of words that made such little impression on me that I didn't even write down any thoughts on it for the review!

As someone familiar with the Byrds as people, she might offer as potential unnamed heroin casualty Gram Parsons.

ROLLING STONE was very much invested in offering Bonham and company as Wonderful People.

I suspect the recently previous administration was mostly interested in bellicosity with China and Iran, and still didn't manage to end the Afghanistan war...we'll sadly see how many neoliberal hawks get to run wild.