The Life Of Byron Jaynes 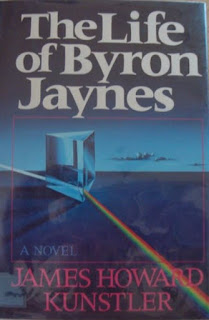 You know it is probably hard to describe music in detail in print, which might be why so few rock novels do it.

Weird, I only knew of Kunstler from his writings on “peak oil” and how he thinks it will change how we live - no suburbs and a return to farming with horses/mules, among other things. Never knew he wrote for Rolling Stone.

I’m like Otto; until reading this review I only knew Kunstler from his peak oil blog. He makes some good points about peak oil but his constant hatred for the average person having a good life drove me away.