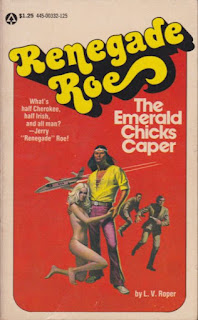 Doesn’t sound to good. Seems like a lot of Men’s Adventure protagonists are assholes.

Interesting. I never heard of that one. I'd say Hector Garrido is a good guess on the cover artist.

Cover dude looks more like the original Shang-Chi than an Irish Indian.