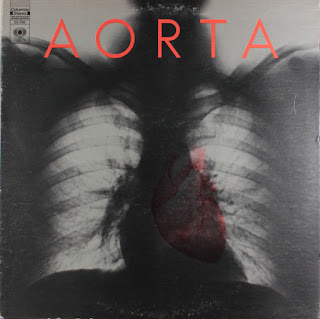 Sometimes dubbed “The American Sgt. Pepper’s,” Aorta is courtesy a Chicago-based group that should’ve gone on to bigger things, as this LP is a masterpiece of psychedelic rock. To tell you the truth, I’d rather listen to it than Sgt. Pepper’s any day of the week! For one thing, it has a lot more variety, and more sonic textures; it’s definitely along the lines of After Bathing At Baxter’s, by the Jefferson Airplane, in that you hear something new every time you play it. Each side plays as a long suite, tracks flowing in and out of each other with recurring phrases and themes that add to an incredibly-realized conceptual nature. The pressing is phenomenal, too, with a wide soundstage. They cover the spectrum of psych rock, from pop to heaviosity to even a maudlin Burt Bacarach-type number on side 2. Judging from the copyright, Aorta was actually recorded in 1968, so perhaps releasing this in post-psychedelic 1969 did it no favors. I searched my Rolling Stone CD-Rom and only found a single mention of the album, in a review Lester Bangs did for the first Alice Cooper record, Pretties For You, where he commented on the fuzz guitar sounds of Aorta.

Top Track: This is a tough one, but if I had to say it might be “What’s In My Mind’s Eye,” one of the poppier numbers on the album, but with a super-cool “underwater” sound effect on the chorus vocals. 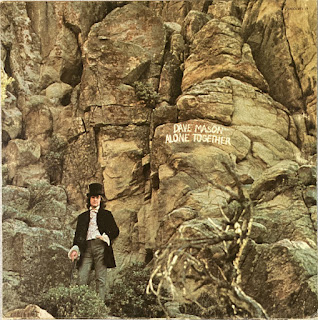 Okay, this one isn’t obscure, or at least it wasn’t at the time, as it sold quite a many copies and received regular airplay on the rock stations. But I guess over time its reputation waned, at least to the point that the average rock listener might not be aware of it today. This is their loss, as Alone Together stands up with any other rock classic of the day. Mason broke off from Traffic to start a solo career, this being his debut album, populated with a host of (usually uncredited) celebrity musicians. It doesn’t sound much like a Traffic album to me, covering a wide range of styles, from shorter tracks for radio play to longer ones for the dopesmokers at home. One of those albums that perfectly tapped into the zeitgeist but which have faded in significance – at least judging from a lack of “classic rock” airplay.

One of the biggest draws of the album is the packaging. The original release was a sort of triple gatefold gimmick cover that opened up into a psyechedelic photo of Mason. Even better was the vinyl, a “marble splatter” of gray, brown, yellow, black, and a little pink, mimicking the rocky terrain on the cover photo. Only problem – the marbled vinyl made for a very noisy pressing. I’ve read comments from people who’ve sought a good-sounding copy for decades, ultimately deciding that good-sounding pressings don’t exist. I personally have two copies; the first I bought many years ago, and I seem to recall it sounded okay on my cheap conical stylus…but when I played it on an elliptical (where the stylus gets deeper into the grooves), it was nothing but noise – the record was toast. I replaced with a “very good plus” copy off Discogs, but it too has a bit of surface noise at times. Apparently it’s a combo of things: the marble effect makes it hard to gauge the groove condition, and also colored vinyl itself is often noisy. Regardless, the thing looks super cool spinning on the turntable…I mean you won’t get that from your MP3 download!

Top Track: There’s a lot to choose from, but I’ve always been a big fan of “Shouldn’t Have Took More Than You Gave,” a six-minute burner featuring an uncredited Eric Clapton on some mean wah-wah guitar. This would be one of those dopesmoker numbers. 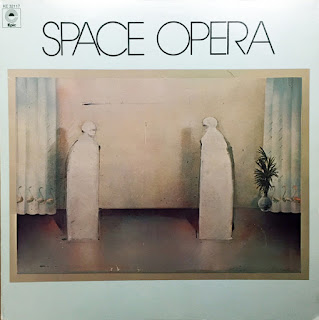 Hailing from nearby Fort Worth, Space Opera was sort of like a prog rock take on the Byrds or CSN. One of those groups that should’ve made it, they seem to have taken too long to get an album out; if this had been released a year or two earlier, doubtless it would’ve resonated more. But as it is, Space Opera had little impact, with this lone pressing going for high dollars now due to its scarcity. The album ranges from country-rock to prog, with a few tracks that sound for all the world like the “alternative rock” of the early ‘90s. Guitars are piled atop guitars in some of the most rampant overdubbing since Randy California’s Kapt. Kopter, almost to the point where the bass and drums are lost in the mix. I’m not as much into the more country numbers, and there’s an overlong prog instrumental (“Guitar Suite”) that I could do without, but overall the album has its own sort of sound that’s really at odds with anything else at the time. The vinyl’s hard to find, but there’s a CD out there, and supposedly the band members remastered it themselves, ramping up the guitars. Or so I ‘ve read. I managed to get a copy of the original vinyl for super cheap and mix wise it doesn’t sound that different from the CD…at least to my untrained ears.

Top Track: Definitely my favorite on here would be “Holy River,” one of those proto-alternative rock numbers. I don’t mean this as an insult – I mean personally I can’t stand ‘90s music, though I loved it at the time – but this track sounds like almost anything that could’ve played on MTV’s “Buzz Bin” around 1994. 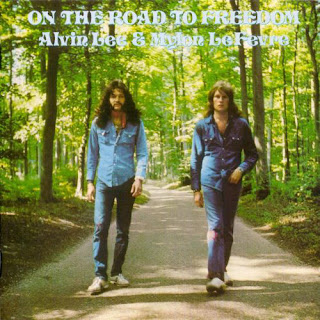 4. Alvin Lee and Mylon Lefevre: On The Road To Freedom
Columbia, 1973

Like so many other rockers at the time, Alvin Lee of Ten Years After went rural in the early ‘70s, recording this LP with gospelist-turned-rocker Lefevre in Lee’s home studio in the countryside. Along with a cast of mostly-uncredited performers (apparently even Mick Jagger plays rhthym guitar on one track!), the two turned out an album that melds Band-influenced roots rock with heavier numbers along the lines of Lee’s work with Ten Years After (only less bluesy). The title track almost captures the very sound of the era, the whole back-to-the-country vibe so many artists were aspiring to at the time, but it doesn’t look like the album’s had much of an impact over the years, as it’s mostly forgotten. The album did have a sort-of hit at the time: “So Sad,” written by George Harrison and featuring him on guitar; it sounds like it could’ve come off of Harrison’s solo epic All Things Must Pass.

Top Track: Overall there’s a very laid-back sound to On The Road To Freedom, making for a pleasant, relaxing listen, but I’ve always been most drawn to one of the heavier tracks: “Fallen Angel.” This one sounds a lot like Ten Years After, only with more of a processed, in-studio sound to the guitars, which gives it a vaguely proto-metal vibe. 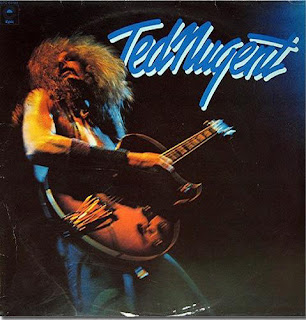 That’s right, Ted Nugent! I never would’ve thought of picking this one up, until I read this review. Man, I’d forgotten all about “Stranglehold,” doubtless one of the greatest tracks in ‘70s rock. As a Youtube commenter put it, this is the song Nugent should be remembered for instead of “Cat Scratch Fever.” I used to hear “Stranglehold” all the time on “classic rock radio” as a kid in the ‘80s, but over the years just forgot about it. After reading that review on Unsung, I remembered it and decided to pick up the album. Now I’ll be honest, the rest of the LP doesn’t reach those heights, but it’s pretty good mid-‘70s hard rock regardless, with a bit of a Stones influence going on for a few tracks. But who cares, just buy the LP and play “Stranglehold” over and over!

Top Track: You’ll be shocked to learn that my favorite track on here is “Stranglehold!” Seriously though, it’s 8+ minutes of grooving heavy ‘70s rock, with the coolest phased bass you’ll ever hear – the track that launched a thousand bongs, no doubt. 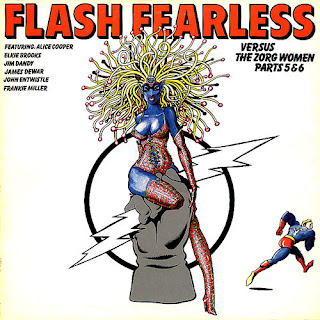 Flash Fearless was the rock opera equivalent of a big budget flop; the record spoofs Flash Gordon, clearly tapping into a Rocky Horror Picture Show vibe. Alice Cooper sings on two tracks, Jim Dandy of Black Oak Arkansas shows up, and Jon Entwistle, who co-produced, plays bass throughout. Another of those elaborate deals, the LP came with a big comic book explaining the clunky storyline (which the album itself doesn’t really stick to). I lucked out and got a promo copy years ago that came with all this, plus a Xeroxed memo sheet for radio stations which further explains the storyline and the genesis of the concept. I’m not sure how big of an impact this album had, and indeed Entwistle himself didn’t even appear to be aware it had been released, at least judging from the comments of someone who talked to him about it in the early ‘90s. Overall though this is total mid-‘70s studio rock, with nothing really standing out individually but all of it working together well enough. The goofy concept alone makes it kind of lovable.

Top Track: I like the closing instrumental track “Trapped,” by Eddie Jobson, but can’t link to it – for some reason, none of this album’s on Youtube, however you can listen to the entire thing on Daily Motion. 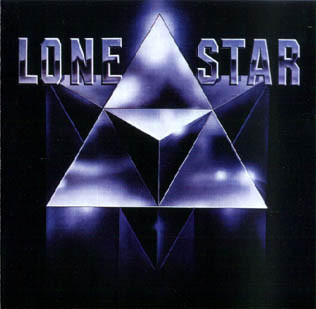 The group name has you expecting some country-rock thing, but in reality Lone Star is slick but spaced-out mid-‘70s hard rock. I have no way of confirming it, but these guys had to have been inspired by the first Montrose album. This album has the exact same vibe, with heavy guitars put through all sorts of sonic wringers and songs focusing on sci-fi themes; most of the lyrics are about spaceships or journeying to the stars and whatnot. Now I won’t lie, maybe the album is a little too slick for its own good (one of the reasons why I generally prefer my rock up to 1975 at the latest), but this is total Guitar Hero sort of stuff, and at times it verges on prog – only without ever losing its hard rock foundation. UK DJ John Peel loved the group, but they never hit the big time, and this was the only album released by the original lineup.

Top Track: The eight-minue psych-prog-metal remake of “She Said, She Said” is probably my favorite, but please note – the version I’m linking to is not the album version, but instead a BBC rehearsal from 1975. For some curious reason, most of the album tracks from Lone Star aren’t on Youtube, but you can find all of those BBC rehearsals. Overall the LP versions are much more concise and slick, with extra effects on the guitars and vocals. But also I’ll admit, the LP versions also have that icy, lifeless sound pretty much all mid-to-late 1970s rock did, whereas the BBC versions are a bit more vigorous.
Posted by Joe Kenney at 6:30 AM