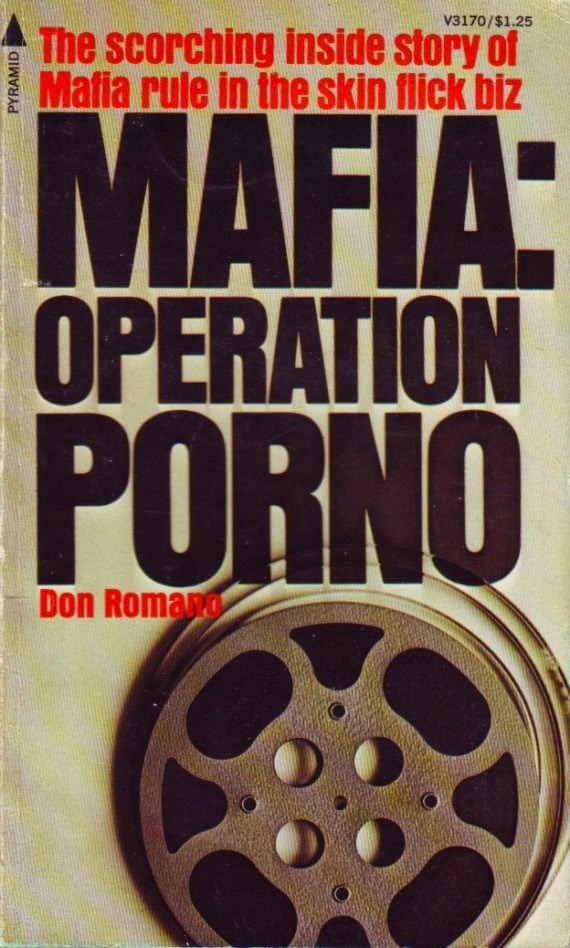 The authors open up the mob world for us a bit with the brief introduction of Jim Croce, a young ‘Nam vet who, Joe Skull style, has become a hitman, as he takes out the poor sap who was previously running the family’s peepshow business. In true pulp style the guy gets a near-sexual thrill from murdering. And the lurid stuff continues as we meet 18 year-old Helga Ryan, a super-busty blonde from Smalltown, USA who waitresses in a diner and, of course, dreams of Hollywood stardom. Naïve and good-natured, Helga is about as all-American as you can get, other than her first name, which is courtesy her Swedish mother.

But the dark comedy ensues, as Mack brings along a co-driver, who one evening sneaks into Helga’s bed and fools her into thinking he’s Mack! After screaming rape she starts to enjoy it royally, and the two world-wizened truckers try to inform Helga that she’s a sex maniac and doesn’t need to worry about marrying Mack just because he can get her off, etc. And it of course leads up to the expected three-way, with the two guys getting Helga nice and drunk before double-teaming her.

This is one sadistic sequence. The chapter encapsulates practically everything in ‘70s sleaze, opening with details on the porno filming, which is being shot on a large farmland. The 80 year-old owner is so excited by the activities that he bangs one of the girls while the crew watches – and then the bikers storm the property, blowing the old man away mid-orgasm. They butcher the other men, then line the still-naked women up. Hopped up on speed, the bikers have even less mercy than the mobsters; when one of the girls is too shocked to have sex, a biker jams his gun into an unexpected place and blows her away. It’s all so twisted that by the time they’re finished with the women, even the bikers have sated themselves – not that this stops them from lining up the girls and killing them.

But this is a dark tale, and Helga’s used by everyone she meets in Hollywood. A female casting director shows interest in her…and soon enough is trying out her new vibrators on her. An ad agency bigwig promises to make Helga the face of a new hair product, but only after the expected sexual favors. And Howie too uses her, in a bigger way, inviting Helga over for a “party” which is really a secretly-filmed portion of his porn film, Howie urging Helga to get stoned and “have fun” with the other men and women in the room, each of whom are paid actors who know what’s going on. When Helga sees the footage and throws a tantrum, Canello takes care of it by getting one of his women, a “friend” of Helga’s, to get Helga hooked on heroin.

The novel gets darker and darker, like your typical “true Hollywood story” taken to absurd degrees; in a blur of weeks Helga has become an addict, starring in so many porn flicks that she can’t even remember them. Soon she’s so messed up that she’s useless, and Canello unceremoniously fires her; now she’s out on the streets. Canello proves himself truly merciless, dispensing with Howie in even more ruthless fashion when the now-drunk of a director could prove to be a liability if Canello’s porn-producing company is ever taken to court. In fact Mafia ruthlessness becomes more and more pronounced as the novel goes on, the authors doing a great job of swindling you in the opening half into thinking they might not be such bad guys, after all.

And it all builds to an even darker finale, with Helga, now as mentioned reduced to a heroin-blitzed street dweller, getting ripped on junk and deciding she wants a little revenge. Coming across a handy bayonet, she stumbles down to the porn studio’s set (where “Hotpants Henrietta” is being filmed), bullshits her way inside, and starts slicing and dicing the nude actors and actresses! It’s all so sleazy and dark and disturbing that you can’t help but laugh. And of course it builds up to a suitably-dark finale, at least for everyone but Canello, who blithely goes on with his life, more concerned that this latest teen girl he’s being sent photos of will look more like his daughter. (Turns out though it really is his daughter!)

However, this is just a minor complaint. Otherwise the novel’s an excellent trawl through ‘70s trash and sleaze that doesn’t hold back on the graphic nature. The sporadic scenes of violence are very bloodthirsty, and the sex scenes are just as exploitatively detailed. The authors have a gift for doling out sleazy and memorable characters, and they capably bring to life the lurid underbelly of Hollywood. I’ll certainly read their other two contributions to the series, Operation: Cocaine and Operation: Hit Man.

The authors were an interesting pair of guys: Robert Turner was a prolific pulp writer, and seems to have churned out many stories and novels before his death in 1980. Allan Nixon, who died in 1995, also published many paperback originals, from the lurid private eye series Garrity to a handful of trashy Harold Robbins-esque potboilers in the late ‘60s, one of which I have and will definitely read: the wonderfully-titled The Bitch Goddess, from 1969. Nixon was also an actor in the ‘50s and ‘60s, starring in B-movies like 1960’s Prehistoric Women.
Posted by Joe Kenney at 6:30 AM